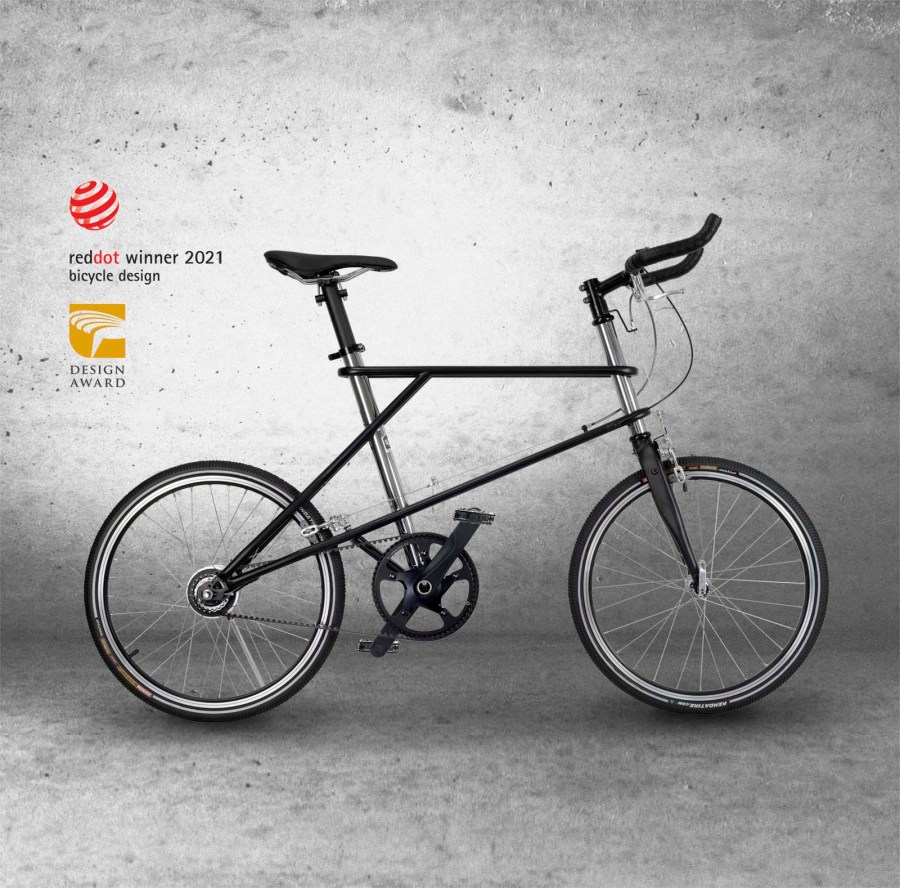 We merged the chromoly with the quietly smooth GATES carbon belt, into a sleek, modern design mini velo

Cross Velo MINI (aka CVM) is our proud minivelo solution toward low maintain urban cycling. It was formed with a simple premise: to build contemporary urban minivelos combined with cycling historical consciousness.

From 2017, we began doing ideation and researches toward elevated chainstay, the essential feature to run belt-driven without frame breaking. Eventually we found a viable direction from cross-frame, a frame type had been evolved long time ago since 19th century.

We named it Cross Velo MINI, whereas symbolizes the cross-frame and crossover philosophy as well.

* CVM has obtained compliance of ISO-4210, and patents approved by EU, Japan and Taiwan.

With more than 18,000 entries, the Red Dot Award is one of the world’s largest design competitions. In 1955, a jury convened for the first time to assess the best designs of the day. The award winners are presented in the yearbooks, museums and online. More information is available at www.red-dot.org
Page load link
Go to Top